Home
Products
About Us
Factory Tour
Quality Control
Contact Us

Introduction:
This article is introduce about the detail of ultrasound transducer repair service and to explore the common probe fault analysis and maintenance plan which is JDP engineer suggested for customers.

Although various ultrasound probe in different types, models and manufacturers, the basic working principle and structure is suppose to be similar.
After specific fault testing by system to check & judge for reason of fault position is possible to repair & replace certain components inside the probe by professional JDP engineers.

There are 5 common Ultrasonic Probe fault and maintenance hypothesis as following:

Crystal natural aging is commonly occurs due to daily use of probe. Improperly use will cause the crystal damage as well. Image will appear dark stripes, interference, blind area or even blindness image because of crystal damaged. These kind of fault is mostly caused by the short circuit of ultrasonic probe crystal. As Pic 1.1 & 1.2 are Crystal those engineer is prepare to repair & replace it inside the probe. By replace the array so probe restore the probe original characteristics make above interference will be disappeared. 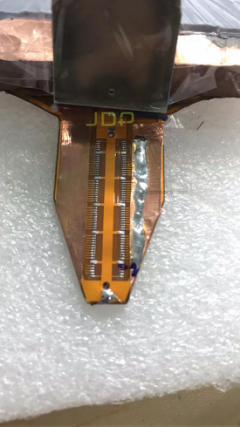 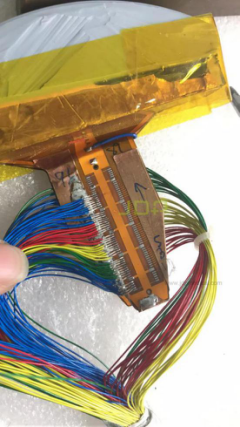 The strain relief is a plastic sheath that strengthens the protection which connection between probe and cable. It act as an important role to prevent the serious abrasion of cable due to the differ right Angle folding of the cable line. Refer to Pic 2.1 if it damage is serious then the cable lines inside will lose the protective layer so broken as well as affecting the image output. 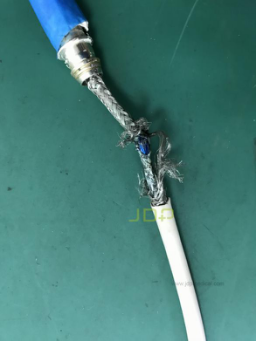 Probe cable is adopted by the high quality requirements of shielded multi-core fiber cable. Inside the cable is tight and with hundreds of cores which is hair-like thickness which is very fragile. Due to use of probe so bending & rotation of the cable makes cable insulating layer outside will be broken or even reveal the signal lines.(As seen as Pic 3.1 & 3.2) By replace the cable so that the probe can continue to be used for a long time at normal form. 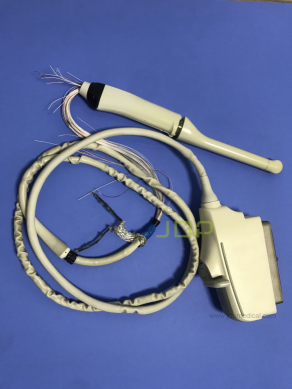 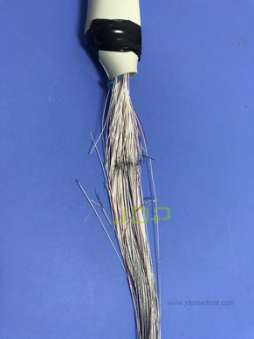 The upper part of the probe dome surface is contact of human body with the gel for each use. By the long-term usage it can cause wear and tear, bubbling, and corrosion as seen as Pic 4.1. By replacement probe dome to restore the probe original characteristics.

Especially the gel agent is corrosive and can be osmosis into the under layer of the probe housing through the probe lens which refer to Picture 4.2. This may damage the probe component inside e.g. crystals as well. By cleaning of the probe inside and replace a new probe lens to prevent the phenomenon as the picture shown as below. 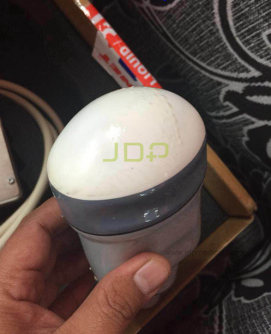 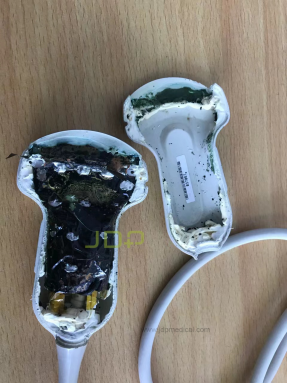 Probe Housing due to long-term use will cause cracking. (Refer to Pic 5.1) Also, it can be broken because of fall off on the floor. The destruction of its shielding quality will cause image interference and even damage the probe inside structure. Through the replacement of the housing, so that the probe suppose to restore its normal characteristics. 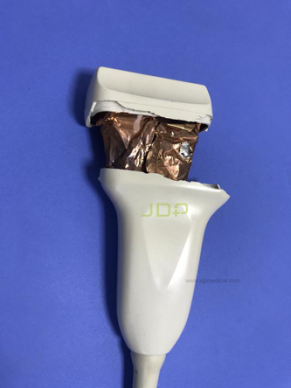 If you need to repair service besides of ultrasound equipment i.e. dynamical & surgical also welcome to contact us:
info@jdpmedical.com